This block will no longer get any major updates, minor bug fixes will still occur though. This is essentially an archive for people.

Tired of the same old gear? Lucky Tools not getting the job done fast enough?

Try your luck with OMEGA!

Boots that boost your speed.

These are only a few of the fabled OMEGA Gear, found only within the depths of the Lucky Blocks.

Bob got an upgrade…

Even the Pigman King joins the fray.

And legend speaks of a certain white-eyed individual also…

Not everything is out to get you, however.

Maybe you can find the unbreakable Rana's tools.

All with crazy efficiency and silk touch.

Or perhaps you're hunting something different…

You may even find the legendary Furious Cocktail.

The Mojangstas are also hiding away…

Notch is still here in spirit, with enchanted golden apples.

Jeb makes a return as the rainbow sheep.

And Dinnerbone is as loyal as ever!

The good doctor has been watching PopularMMOs' Challenge Games, and has taken it upon himself to offer trades based upon them. Dragon Eggs, Nether Stars, Beacons… maybe more?

And in true Lucky Block fashion, plenty of goodies await within.

DELTA has returned… the Sword of Ultimate Desire!

With only a 0.005 chance of spawning, this is truly the rarest drop within. But if you find it, all your dreams will come true.

Other drops from the classic Lucky Block DELTA make a return in the new OMEGA as well.

Fortune Bombs, Death Traps, and even some new wishing wells.

Some other blocks' drops have been tweaked and added in also…

Find a faithful steed, or some fancy attacks from the Ruby Lucky Bow.

Building OMEGA blocks has never been easier… or perhaps it has?

Simply surround a normal lucky block with diamonds and blue wool and presto! An Omega block! 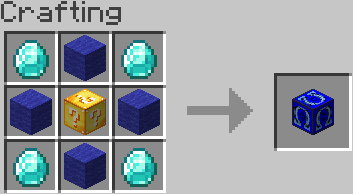 More than 300 drops, including many modified from the standard Lucky Block, and quite a few ported from Lucky Block DELTA.

Rana's Tools come on their own nice little pedestals now:

Simply run your Minecraft Profile once with Lucky Block installed, then drag and drop the Lucky Block OMEGA zip file into the .minecraft\addons\lucky_block folder.

Recommended mod: ToroHealth - See just how much HP those pesky bosses have left!

Bonus – a Resource Pack for use with Artisan's Tabs - unlocks all the main "chase drops" as well as Boss Spawn Eggs, Boss Loot, and pre-luckified Blocks in your Creative Inventory. 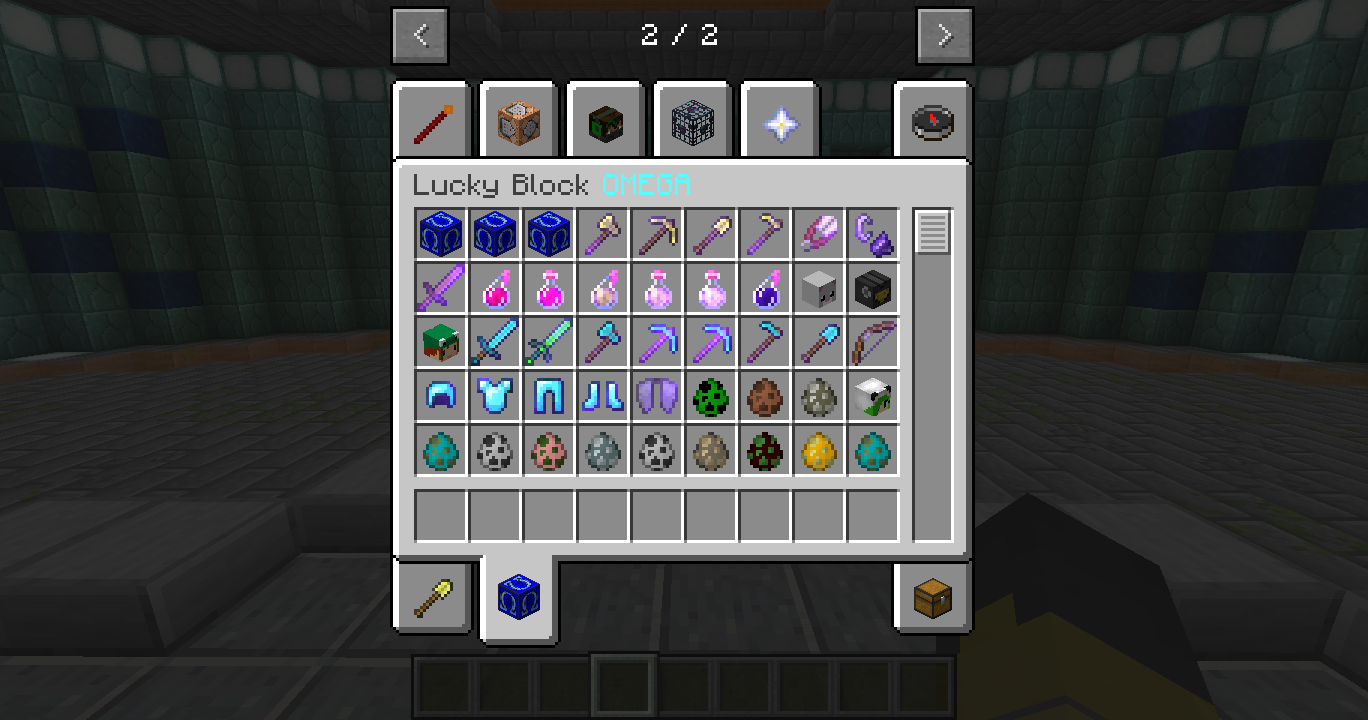 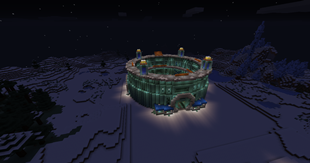