You behold a lightweight mod that adds a couple specific things.

Crafted out of Phantom Membranes, this armor has no protection stats and isn't visible on player when worn, also unbreakable. What's the point? Primarily it is a tool for those who may want to take on a challenge of beating the game without any actual armor, but still wants to have some useful abilities that can only be possessed through armor enchantments, alike Respiration or Depth Strider. It's enchantability resides between that of diamond and golden armor – to be specific, diamond armor enchantability is measured as 10, golden – 25, while this armor has 16. 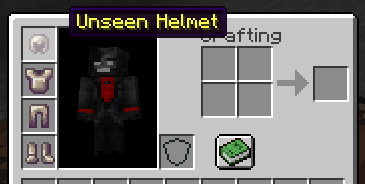 New enchantment for crossbows that works similar to Power on bows, albeit not entirely. Instead of your crossbow's damage varying from 6 to 9 like it does by default, with this enchantment it is calculated as 6 + (3*[Sharpshooter Level]), totaling out at stable 21 damage with Sharpshooter V.

It isn't compatible with Multishot or Piercing though, because you don't get all the good stuff at once.

Another crossbow enchantment that has effects similar to Infinity on bows. Just as the latter, it only works with default vanilla arrows – fireworks and arrows with potion effects will still be consumed.

Both of the new enchantments can be stored on enchanted books for applying through Anvil and obtained in Enchanting Table. They are considered rare enchantments.

On 1.16.3, Sharpshooter and Ceaseless enchantments were merged into Enigmatic Legacy. According to the will of the former author, they are still provided by this mod either, but only if Enigmatic Legacy is not present in modpack. 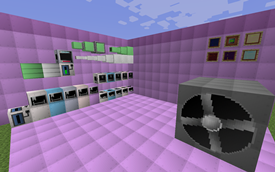 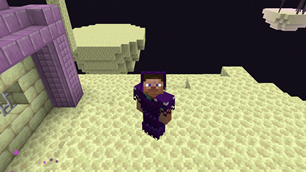 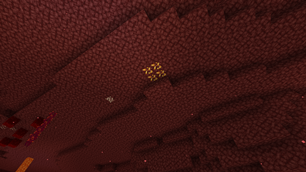