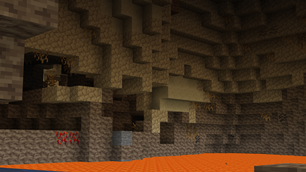 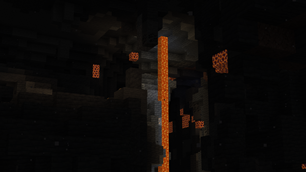 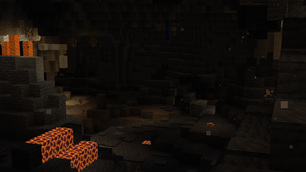 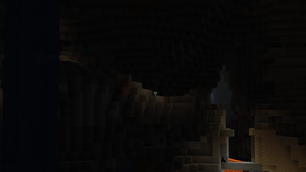 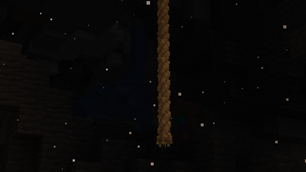 Darker depths is a cave expansion mod that includes well sought after features for the minecraft caves, along with a lot of our own ideas.

There will be two biomes on first release. The first, the Molten Cavern, which is meant to be a molten and ash ridden place, almost like a volcano. The second, the Sandy Catacombs, which is a arid and dead underground desert.

Larger, more open caves will be brought into the mix, along with pillars that will span up and down the caves, to give a better atmosphere to the caverns.

Overall Game Theory and goals for this mod.

Obviously, any mod promising to add pretty much anything to the underground in 1.16 is a good idea, as the underground is extremely basic and isn't very interesting past the few times you will see some cool cave carver work. When making this mod, here are a few things that we have in mind for how we plan to expand the underground.

We know its coming, you don't have to tell us. We started work on this mod before 1.17 was announced, and we did plan ahead if 1.17 was going to be a cave update. Short and simple, when 1.17 releases, we will go through our mod and rethink it to how it could benefit 1.17. So yes, this mod will be coming to 1.17.

Legend of the Void