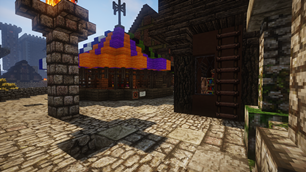 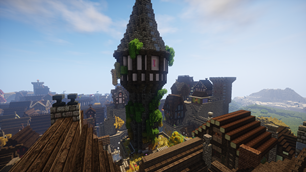 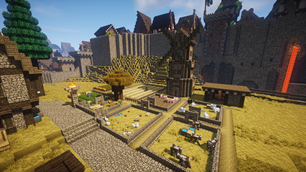 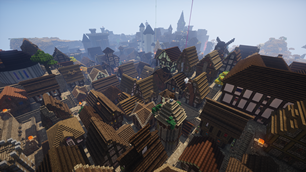 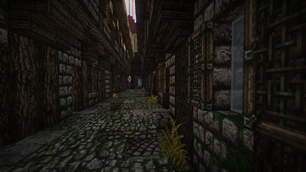 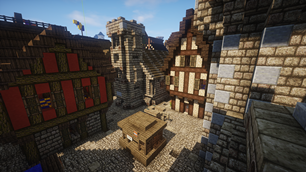 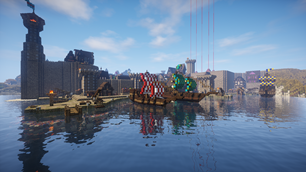 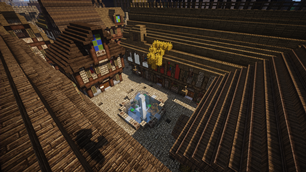 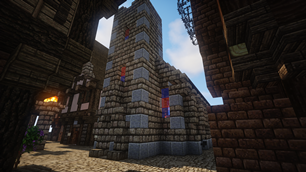 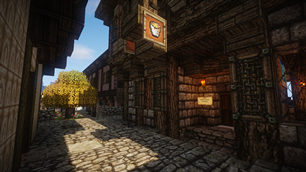 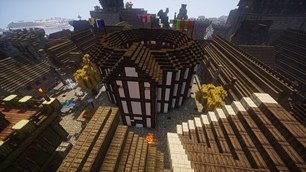 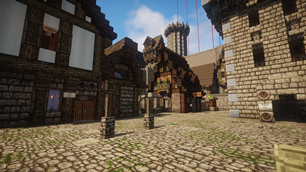 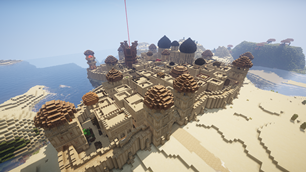 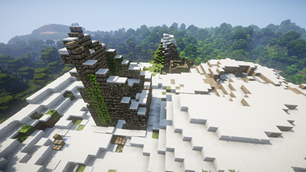 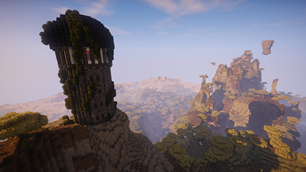 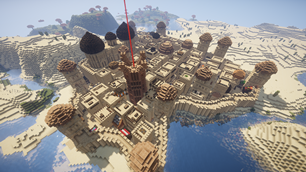 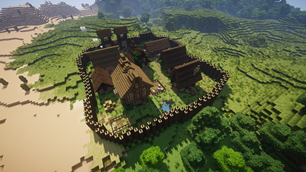 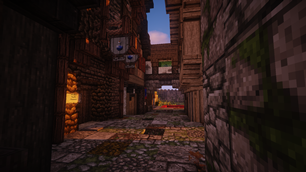 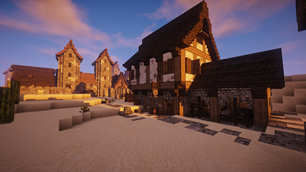 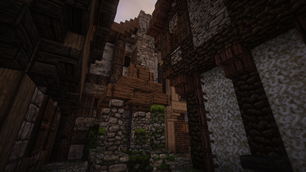 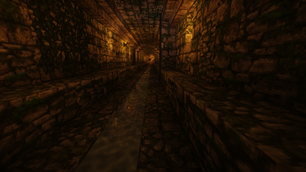 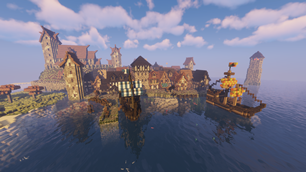 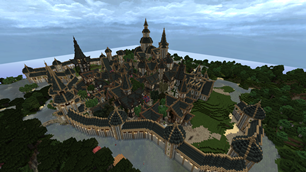 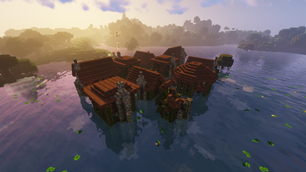 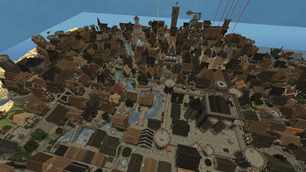 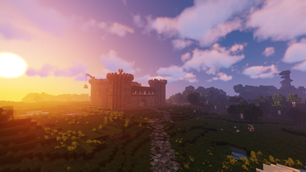 The Realm of Midgard is a fantasy / medieval RPG setting, that I intend to expand indefinitely.

It has ruins, cities and villages and castles  – explore for yourself!

It also has its own lore and several guilds & factions.

"Seven Hills", is the largest city (more of a metropolis!) It's a medieval / fantasy themed city.

"al'Atreide", is a desert city, home to the warrior Fremen,

"Port Bloodsand" is a squalid city, known as the "city of thieves" (check out its sewer!).

There are also several more settlements to explore (check the co-ordinates in the description).

The realm of Midgard is an ideal setting for an RPG game.

If there any YouTubers interested, I'd appreciate video reviews, as it's a great source of feedback.

Realm of Midgard cinematic trailer #3 (the first two can be found on my YouTube channel):

I'm uploading  other videos of my build on https://www.youtube.com/channel/UCTcLISxMbvXSVdCbRIB6gKQ

I strongly recommend using medieval style resource packs such as "Conquest" or "John Smith Legacy" as the build style is best experienced in these (though obviously that's at your own discretion!).

***IMPORTANT NOTE: Turn fire spreading OFF as soon as the world is loaded. Most houses have fires on in chimneys! ***

Feel free to download and explore my world. However, do not distribute this build or claim it as your own.

I hope you enjoy my little project, please leave any feedback / suggestions.

SPOILERS BELOW – locations of several places (some not accessable by road! (Co-Ordinates in XYZ)) :