Scorge will only support the latest major release of Scala starting once Forge is stabilized for a release. It will lock Scala version till its next stable release. Scorge will not support release candidates or milestone versions of Scala.

If you want to add a new library for Scorge to support.
1. It must be made for Scala
2. You must have a good technical reason as to why it would be better supported in Scorge instead of being shipped with your mod.

If you want to drop a library supported by Scorge
1. It must be done during a version switch of minecraft to not break backwards compatibility within an MC version
2. You must have a good technical reason as to why it should be dropped

Follow the exmaple project add Scorge as a maven dependency and place it in the mods folder in the the run directory or
manually add it to the classpath.
This is due to how language providers are loaded by fml and there's nothing that can be done about this. 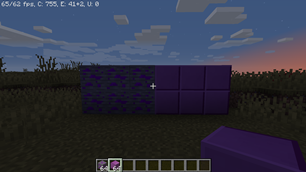 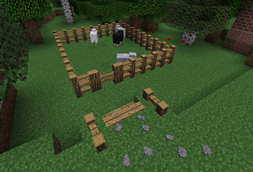 Hotbar Dumping Excess (HBDE) – A simple /dev/null in your hotbar!