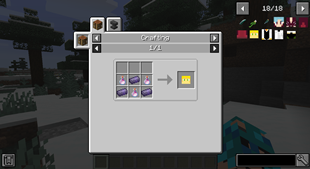 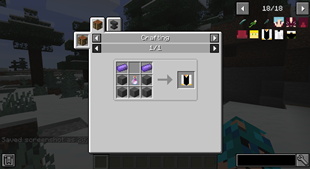 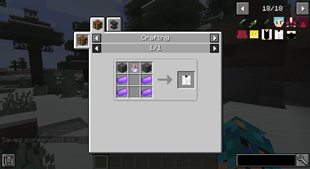 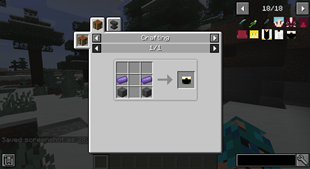 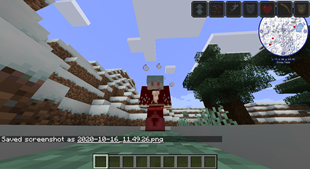 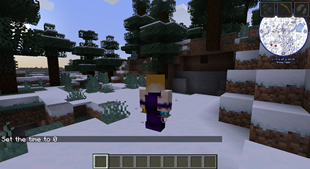 First of all, sorry for my bad english.This mod focuses on adding things from anime Seven Deadly Sins. I didn't find any other mod like this for 1.15.2 and I said to myself that I'll try to make it on my own. But I never did coding in java and have no experience with it, then I found out that there is something called : "MCREATOR" – thing in which you can do mods, best part is that coding is done for you, all credit goes to them, without this tool, this mod wouldn't be possible for me, I also used some skins from novaskin so another credit goes there and now that i have this out of the way, let's see what this mod adds

First of all it adds :

"Demonic Ore" – ore that is found on Y -4 to Y -1, it's rare
"Demonic Ingot" – smelted version of "Demonic Ore" and can be used to make Armor of Meliodas
"Demonic Ore Block" – crafted like normal blocks from 9 ingots
"Demonic Rod" – material that is used in recipes
"Meliodas Broken Sword" – sword from s1 with special abilities : 1. When held, gives strength
2. when you swing it, it is AOE slash
3. when you hit something you ignite him for a sec
4. and last for this sword, when you Right click you do a shockwave
"Lostvayne Hilt" – 1st main part needed to reforge lostvayne
"Lostvayne Guard" – 2nd main part needed to refoge lostvayne
"Lostvayne Blade" – 3rd main part needed to reforge lostvayne
"Lostvayne" – sword itself with special atributes : It gives you buffs when held, you can summon clones, shoot explosive wave, detonate block, when you attack it's AOE, when you hit a mob you get regen and if it's raining and you hit something, it gets hit by lightning, BUT it also has special conditions – these are : you have to wear Armor of Meliodas to use those abilities, if you have it, commands are : Shift-Right click in air = summon a clone, Right click on block to detonate it, Sprint and Right click to shoot explosive wave

"Meliodas Armor" – Really Really strong armor set, expensive too, for bonuses you have to wear a full set, it allows you to fly like in creative, gives buffs to you and unlocks special abilities of lostvayne.

"New dimmension, Forest of a Fairy King – you can get some items that are needed for making BAN's armor, Dimmension portal is same structure as the nether one ( will be added. for now you can only go there )

"Armor of Ban The Undead" also called "Immortal" – as the name says, this is armor that makes you almost impossible to kill, when full set is worn you get bonuses for power,speed,jump height,attack speed and resistances with regen, when you try it you'll know what i'm talking about

For now that' all, fell free to give any suggestions what else could be added and leave a comment how mod works for you cause it's on the start, only 2 sins out of 7 and i want to make them all, if you want to use it in modpack, you can but it would be good to give me credit,
Also I'll continue with this mod if there's going to be interest 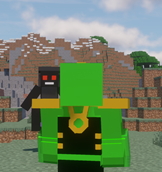 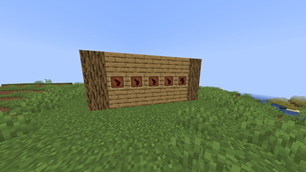