RotaryCraft is a large "industrial-style" mod, akin to the likes of BuildCraft, IndustrialCraft, ThermalExpansion, and Minefactory Reloaded.

Why "RotaryCraft"? The power transmission. Engines generate rotational power – torque and speed, with power being the product of the two – and it is transmitted by shafts, gearboxes, and other transmission devices to eventually reach the machines.

RotaryCraft is designed to be as realistic as possible, using real machine specifications for power generation/consumption and real physical laws to govern the machines' behavior. For example, a hot machine will cool according to the laws of heat convection, shafts can handle torques up to what is allowed by their shear strength, and effects of excessive pressure or temperature must be considered.

RotaryCraft adds a total of zero ores and no worldgen, so you do not need to create a new world or venture to distant areas in your current one.

Another thing worth noting about RotaryCraft is that it is designed and balanced completely differently from most other mods; rather than making progression a quest of ever-increasing resource costs that do little other than encourage grinding, RotaryCraft is designed such that progression is done directly, with each machine and/or tier building on knowledge and abilities gained in the last.

More information can be found on my site:
https://sites.google.com/site/reikasminecraft/home 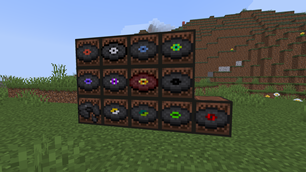 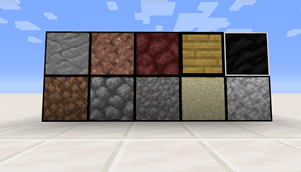