Share this:
Status
It's unclear if this mod will updated further. Updated forks (with changes) can be found here:

A mod that seeks to add vegan alternatives to all Minecraft mob/animal products using the following guidelines:

"Veganism is a way of living that seeks to exclude, as far as possible and practicable, all forms of exploitation of, and cruelty to, animals for food, clothing and any other purpose."
– The Vegan Society

See the Minecraft Forum thread or the Github README

Recommended Companion Mods
Pam's HarvestCraft – Food mod that adds vegan alternatives for most (if not all) recipes
Not Enough Items – VO integrates with NEI to provide in-game documentation
Goals Before v1.0.0
FAQ

Why?
In-game veganism is simply a playstyle that I prefer, in that I think survival games offer a unique way to explore vegan ethics that the real world doesn't provide. For example, attempting to adhere to veganism within Minecraft leads to weird/interesting questions like, "Is it really self-defense to kill a mob if I'm semi-responsible for mobs being able to spawn at all?". It can also encourage non-standard behavior like building a weapon that does the least amount of damage possible.

Do I have to play as a vegan if I install this?
No, this mod simply aims to allow veganism to be a viable option in Minecraft. If you don't choose to adhere to veganism while using this mod, it'll still do a few nice things for you:

Should I go vegan (in real life)?
Probably. Misc
You are welcome to add this mod to any modpack you'd like.
The original idea for the mod came from wha-ha-ha on reddit 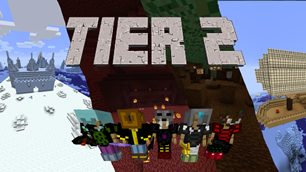